SRL  was formed in 2015 by  Jody Watley and within one year would change their name twice (Shalamar once Watley acquired the USPTO trademark, then Shalamar Reloaded) before settling upon Jody Watley & SRL in 2017 to truly have a fresh start for the new music and marketing.

“Jody Watley featuring SRL.” Much like Prince had The Revolution, NPG, and Third Eye Girl (among many other projects and aliases) as extensions or branches of his music and creativity, Jody Watley feat. SRL allowed Ms. Watley another outlet for her artistic expression. SRL included Rosero McCoy and Nate Allen Smith – gifted singers, dancers, and choreographers in their own right; they released several chart-topping hit singles in Europe, including the Alex Di Ciò remix of “The Mood” “The Passion” and “The Passion”Brian Power Remix, their final offering kicked off Watley’s “Winter Nights” EP with the ambient “Weigh On Me” written and led by Nate Allen Smith. 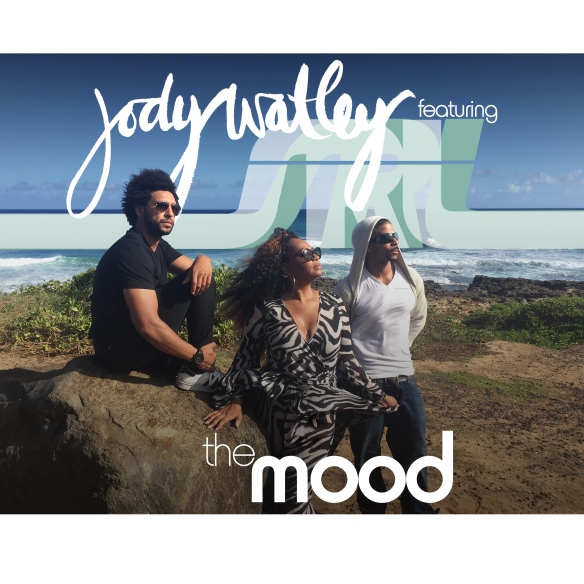 Jody Watley & SRL scored their first hit single in 2018 with the rework of their single “The Mood”  Remixed by Alex Di Cio from Italy.

Established as one of the most prominent visionaries of her era, whose influence remains a key touchstone in contemporary pop music, Grammy Award winner,

Jody Watley returns with her glamorous and funky new album, PARADISE. As executive producer at the helm of her own label, Avitone, Watley continues to convey her commitment as a savvy entrepreneur. Proving that quality rules over quantity, pre-orders for the 6 track album sold out in less than one week. PARDISE is available world-wide on iTunes, Amazon and other digital music outlets. A limited edition CD which was encouraged by her devoted fans, that includes the bonus track Everlasting, is available exclusively on Jody Watley’s online boutique.

The singer, songwriter, producer sighted the lack of attention spans in today’s society which prompted her to take a classic approach in recording PARADISE. She was reminded that many timeless albums were recorded in the 70’s and early 80’s that had as few as 7 songs on an album, and with Isaac Hayes’ ‘Hot Buttered Soul’ having only 4.

“It’s about quality, not quantity,” says Jody. “I think that albums with a lot of songs are out of touch with the times we live in and today’s record buyer – many artists and companies are holding on to outdated practices. Perhaps I’ll be the first to encourage other artists to make shorter albums, with better songs and a greater music impact.”

Summer 2014 has been all about the return of disco and house to the mainstream, but nobody does it quite like Jody Watley… and she is back to show these children exactly how it’s done! …”Paradise” proves that Miss Watley is in no way ready to slow down …. This nostalgic collection of floor-fillers is exactly what fans have been longing for. “Paradise” ranks among Jody Watley’s best work.
Ishtalk.com

Inspired by her well documented roots in disco, soul, pop, dance and electronica music, Watley, who has mastered a career in keeping dance and R&B music relevant to today, continues her legacy on PARADISE. Jody continues to put genuine artistry and quality into everything she does, making each musical moment into a quality experience. The album incorporates live instruments meshed with the EDM direction she’s successfully delivered for more than a decade.

Jody Watley Takes Us To Paradise

Avitone enters non-exclusive agreement with retailer Abercrombie & Fitch for their members only web promotion for download of the “Nightlife” single for a limited time.

The “Nightlife” campaign served to bring a greater awareness of Watley’s evolution and success through decades with strategical planned PR blitz helmed by Juanita Stephens who was one of the publicists of Ms. Watley’s breakthrough solo debut in 1987 “Jody Watley” on MCA / Universal. In the UK the radio campaign is handled by Steve Ripley at Soulfood Music, and Music House. Accompanying the single are various fan made video’s, two lyrical video (original and Moto Blanco Remix). Remixes were completed by Moto Blanco, Jodie Harsh, Dave Doyle, Soulpersona and Luminodisco.

The video for “Nightlife” premiered on VIBE.com.

BRINGS BACK THE FUN AND GLAMOUR WITH FUNKY NEW SINGLE, “NIGHTLIFE”

Los Angeles, CA – September 23, 2013: Grammy-winning singer, songwriter and producer, Jody Watley, one of Pop/R&B and dance music’s most enduring and stylish trailblazers, returns with her new single “Nightlife.”
Ms. Watley, who has mastered a career in keeping a career in dance and R&B music going, continues her legacy on the shimmering dance floor classic, inspired by her well documented roots in funk and soul music. The veteran song stylist has created an energetic dance floor anthem that is innovative, while also paying homage to her many influences. “Nightlife” is available on iTunes and select digital outlets and limited edition 12″ vinyl. The single also features fellow original Shalamar lead singer Gerald Brown. Watley’s soulfully spirited, up- tempo album Paradise is scheduled for release in early 2014 on her longtime imprint Avitone.

“People love to dance to feel the groove,” says Jody. “I wanted ‘Nightlife’ to capture the spirit of vintage soul and deliver a song that people could play at either a house party, getting ready for a night on the town, at clubs, to get the dancers on the floor, or simply make people feel inspired to be fabulous. Everyone feels better dressed up, especially in difficult times. From the song’s intro, to the energy on the track, we worked to make the music come alive,” adds Jody. Serving again as both performer, co-writer and co-producer on “Nightlife,” she collaborated with the emerging production duo Count de Money from the UK. “I’ve always been about the style of music. I wanted to paint a picture with the music and evoke an uplifting emotion. I find this missing in a lot of music today. Soul music is not just ballads, it has also always been about a quality rhythm with a message as well.

Jody‘s career as a chart-topping hit maker has surpassed more than three decades in her successful career. Her last album The Makeover was a #1 Top Electronic Albums on iTunes and produced three Top Ten Dance Singles. Jody has achieved thirteen #1 singles in Dance and R&B, six Top Ten Hot 100 Singles, (including the influential and ground-breaking “Friends” featuring Eric B. and Rakim) and fifteen R&B Top 40 records. Jody’s diversity in her music and continued embrace of being on the cutting edge is apparent on her collaborations with the young electro duo French Horn Rebellion and on their summer 2013 song “Dancing Out,” with a video premiere on Billboard. Additionally, she has collaborated with Stone Throw Records’ Boogie Funk Ambassador Dam-Funk, the UK’s Mercury Prize winners 4Hero, DJ Spinna and other cream of the crop soulful dance music producer/musicians.

Ms. Watley, who continues to groove on stages and clubs all over the globe, including an appearance at the 2013 Essence Festival, is no stranger to the world of dance music. In 1987 she released her groundbreaking self-titled album which featured the hit single “Looking For A New Love.” The song became a pop/soul sensation that garnered her the coveted Grammy Award for Best New Artist and pioneered her career into fame to become an international star. Jody’s dose of her own distinct sense of style, fashion and individuality in her music and

video from the song captured the attention of fans around the world. She became a trendsetting sensation, gracing the covers of some of the most prominent magazines, fashion layouts and early celebrity ad campaigns throughout the United States, Asia, Latin America and Europe. Her influence can still be seen and heard in younger female artists today.

Jody Watley continues to put genuine artistry and quality into everything she does, making each musical moment into a wonderful experience. There is no better way to wait for Paradise than to dance and enjoy the “Nightlife.”

Shifting Paradigms.  In 2006, Watley’s “The Makeover” Avitone partnered with music retailer Virgin Megastore, high-end cosmetics company Shu Uemura and local beauty salons for an exclusive release with special in-store appearance, fan make-overs, live performance and autograph signing. The partnership was an early successful strategic partnership signaling the continued changing landscape for artists releasing music independently. The Makeover release debuted at #1 for the chain where it remained for 5 weeks without a radio single. Upon release at iTunes, “The Makeover” debuted at #3 Top Electronic Albums and subsequently produced 3 Top 5 Billboard Dance Hits (Borderline #2, A Beautiful Life #5, I Want Your Love #1).  The Jody Watley makeover of the CHIC classic “I Want Your Love” also went to #1 Commercial Pop in the U.K. according to Music Week, giving Watley her first UK #1 in 20 years.